The embodiment of power vs A position of power

The Embodiment of Power!

They fear us, when they see us. They see power, when they see us... and the weak are intimidated by power, even when they are in a "position of power". This is because they're aware of themselves. They know that they're ONLY in a position of power, and are not the living embodiment of power... that would be us (black people). We are walking potential beyond their own. This is why they condition us, to seal it and keep it locked away, hidden from our minds; while they key to our freedom is within our minds. 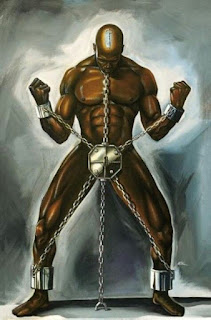 They do things to us to kill our potential, to demean it, and deplete it. Potential is sleeping power. It's time to wake up my people.  They know they're only in power because of our ignorance and inertia (lack of action). They're threatened by our potential, because they know that true power resides in the very genes, at a microscopic level it dominates! The micro proceeds into the macro, the building blocks of life that complete the being or essence.  Black genes are the most dominant and potent in all of humanity. Blackness is the most dominant force in all the cosmos, and is the concentrated stuff of creation. From black holes, to carbon, to dark matter and dark energy... the most powerful, primal and potent substance in the universe is black. It is absolute and supreme. It produces light, absorbs light, and predates light. 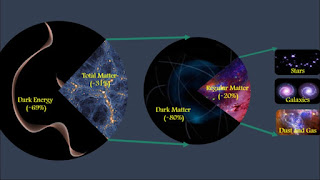 Melanin and carbon is even found in the depths of the sun and every star! Primal forces are the most powerful. Those who are in positions of power know this truth. They display it in movies and in myths but with their likeness instead of ours. The old gods; the primordial gods are the most powerful gods. Things that come first are more potent, experienced and powerful in true form.
Blackness and darkness are different in essence, but similar in appearance. Darkness is a void without light. Blackness is concentrated primal light. It's the stuff that gives birth to visible light, and the full color spectrum. It is also the absorption of all things. People conflate these two, but as you can see, they are very different entities. Darkness is emptiness, while blackness is fullness.

Carbon, in essence, is black because it is the appearance of absorbing light, and does absorb light. It absorbs light, frequencies and energies. The light we see and commonly acknowledge as "light" is emitting light, but in truth, visible light and blackness are both forms of light.
Blackness does not reflect, for to reflect is to reject. Instead of being received and retained aka absorbed; the light instead is deflected, bouncing off from the surface or material. Commonly, white reflects, and black absorbs. A macro example of "absorbing light"(which I coin) are black holes, which absorb all things and emit nothing. Absorption leads to concentration.
Blackness is not evil
We often link black to wickedness. Not only because of the misnomer of it being darkness, but because of our oppressor's attempt to demonize black people and the power we need to overcome them.
They demonize us so we won't feel worthy of power, and will be viewed as unworthy of power. This often causes us to relinquish the power we already possess, unbeknownst to us. They want us to feel guilty for wielding, utilizing or even desiring power.
Power can be used for positivity and negativity. It is neutral in essence. It can defend, offend, attack, protect, gather, divide, kill, and save. The character behind power decides what it is used for and how it is used.
A position of power:
A position of power, is a position that gives you power in relation to other things and people. A powerless person can maneuver himself into a position where he is perceived to have power.
Usually this is an illusion and a mental play on the onlookers.
Think of "The Wizard of Oz". The wizard was perceived to be powerful because of his position or placement not only physically, but most importantly mentally (the illusion). In the minds of his subjects  he was this all powerful deity that could grant any wish. They feared and revered him because they thought they were powerless against him, In their perception. The truth was that they actually had the power they sought from him all along. They had the power to grant their own wishes! Their ignorance of this was their only inhibitor.
The four that sought him had the true power... not a position that alluded to power. They didn't have to go begging this external being. They had power all along. Link this back to black people.
Now I hope you see the difference between a person(s) in a position of power and a person(s) who is the embodiment of power. Who are the true wielders of power?
Melanin is power
Melanin is energy, and intelligence and is latent power there to be utilized. White people (among others) rejected (or deflected) much of this in their very genes! So they had no choice but to maneuver into a position of power. To build an illusion of power in our minds! This is why we are all deluded to whom the embodiments of power truly are. 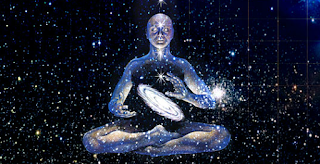 Powerful people who are ignorant of their power (which is tied into who they are), become essentially weak, useless, and helpless. Thus they have no other options in their minds but to: cry, beg, plead and scream for just treatment, in the form of a "protest". They make no collective power moves to change their circumstances. They just complain collectively in hopes that those who are oppressing them, take pity on them enough to cease their actions. This has, so far, been our primary attempt of redress in this country. 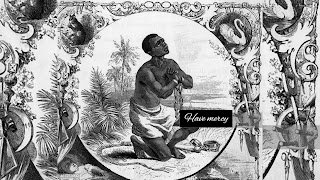 It's psychological warfare, it's the only way they can win, and prosper in their pursuits. Though they have used and still use extreme methods of brutality, deception, aggression, and biological warfare to gain their dominance. It's the psychological aspect of their warfare that keeps them in power. For their power first and foremost, lies within our minds.
Oppressing and deluding our minds is ultimately, how they got into positions of power in the first place. This is is how they stole our power and autonomy.
We must reclaim ourselves with "the true power", which we possess within our beings and minds. Not with an illusion or a ploy, but with force and power channeled into enlightened actions and power moves. Once we do that, we will gain powerful positions, not a position of power. A position earned by the power we truly possess.
We already have the power we need. We just have to realize it, organize it, and utilize it. RISE UP BLACK!

Popular posts from this blog

The Co-dependence Of The Black People 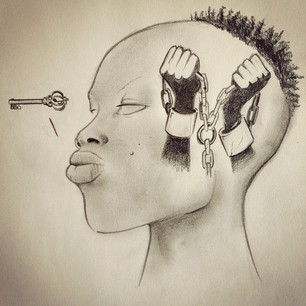 The Folly of Integration Integration has caused black people to sympathize and love their oppressors even more than they did previously. It's clear that the masses of black people long to be accepted by this white supremacist nation. We yearn to eat alongside them as equals despite how they tortured and brutalized us, even to the extent of raping, mutilating and lynching not only the men but the women and children as well. Mental conditioning via perverted false religious doctrine designed to manipulate the populous, caused us to think we're just like them despite not doing even half the atrocities they have during chattel slavery in our entire collective history. We think they're better, that we should strive to be like them instead of being ourselves. We were taught the creator of the universe is white and that his white son will come and save us one day. We seek out the good white people, we feen for their approval and crave their understanding for our plight, because
Read more

The Independence of Melanin

The importance of Melanin Melanin has been a very complicated, deep, and somewhat arcane subject! One that the caucasians have been studying for centuries now, while the beings with the most important kind of melanin have been sleeping on it. Unaware of their supreme circumstances in the universe that stems from their very genetic make up! Melanin specifically, "neuromelanin" is the black substance located in the brain that runs multiple bodily systems and is vital for cognitive functions. The loss of it results in Parkinson's disease and many other brain maladies. Eu-melanin is the next melanin that's known as the "good melanin" that ranges from brown to black in color. Melanin is derived from the greek word mela which means black. There's a lot of power in the word and essence of being black. I will include links to studies Europeans have done on black people and other races to discover more knowledge about the pineal gland and the importance of melani
Read more